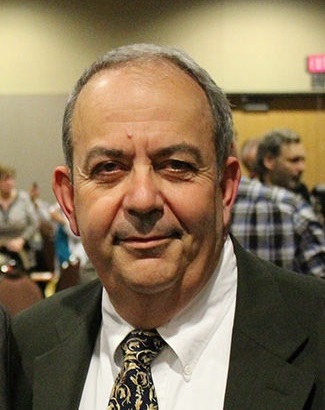 Arne took office on January 1, 2017. His term expires December 31, 2024. Arne has an extensive technical and managerial experience in high tech communications. He retired from Qualcomm, Inc (San Diego, CA) in 2004 as a vice president of engineering. He has a BS in Physics from Harvey Mudd College and a PhD in Oceanography from Scripps Institution of Oceanography. Arne is fluent in Spanish and has lived in Venezuela, Spain, and India and has traveled extensively for business. Arne is the founder of the UCSD Bike Shop. His hobbies include bicycles, furniture making, and wood turning.  Committee assignments include: Civil Service Disability Board, Emergency Management Advisory Council, law and Justice Council, Pathways 2020, Southwest Washington Regional Airport Operating Board, and Washington Counties Insurance Fund.

Vice-Chair Dennis started his first term on January 1, 2013. Dennis was elected Vice-Chairman for 2021 -2022. His current term expires December 31, 2024. Dennis served on the Longview City Council from 2002 to 2012 before being elected to the Board of County Commissioners. Dennis previously served as the Land Use Hearings Officer for the City of Kalama from 2000 to 2012. Dennis also served as the President of the Longview Education Association from 2010 to 2012. Dennis is currently an Officer of the Longview Early Edition Rotary Club. Dennis plays the violin for the Longview Symphony.  His board and committee assignments include: Cowlitz Transit Authority, Cowlitz/Wahkiakum Council of Governments, Economic Development Council, Public Facilities Board, Kelso-Longview Chamber Board of Directors, Lower Columbia Fish Recovery Board, Park Board, Workforce Development Council, Great Rivers Behavioral Health Organization, and WSAC Legislative/Federal Steering Committees.